AHRAZ report on the arrest of Iranian Azerbaijani civil rights activists in Iran and the situation of February arrestees:

Alimohammadi was previously arrested on June 2014 and was then sentenced to 3 years in prison by the judge Bagherpour at third branch of the Revolutionary Court in Tabriz, East Azerbaijan Province. He has been accused of propaganda against the regime and insulting the Iranian supreme leader. After serving 6 months imprisonment at Tabriz prison and security forces detention, Alimohammadi was released on bail on 15 April 2014. The reason for his arrest is not clear if it is related to his open case or based on new accusations.

Alireza Farshi Yekenli was arrested on 21 February 2015 at his house in Tehran. He is still in Evin prison in Tehran and his situation is not known.

Aydin Zakeri was arrested on 21 February 2015 in Meshkin-Shahr, Ardabil Province. He was then released on bail (IRR five billion) on 14 March 2015 from Meshkin-Shahr prison.

Fardin Nobakht was arrested on 21 February 2015 in Meshkin-Shahr, Ardabil Province. He was then released after serving 11 days imprisonment from Meshkin-Shahr prison.

Amin Hajilu, Eslam Aliakbarlu, and Araz Khaseh Tarash were arrested on 16 February 2015 in Khoy city, West Azerbaijan Province. They were then released on 28 February 2015.

Ali Rezaei was arrested on 04 February 2015 at Tehran Airport. He has been in solitary confinement in Evin prison and has been deprived of basic prisoners’ rights for 40 days. His wife Ms. Shiva Dadashzadeh met him after 40 days of his arrest, on 15 March 2015 at Evin prison for 10 minutes. She describes her husband’s situation gloomy as he has dramatically lost his weight. After serving 46 days in solitary confinement at Evin prison, Mr Rezaei was transferred to public section of Evin prison.

It has to be mentioned that Ms. Shiva Dadashzadeh is now dismissed from her workplace, Karaj Payam Nour University. She is being accused of speaking to the media regarding her husband’s situation.

Another update on the Iranian Azerbaijani activists who were and are in prisons in Iran:

Bagher Ebrahimpour is a cultural activist. He was in charge of “Lachin” cultural group. Tabriz-based minors group “Lachin” organizes and provides training on traditional Azerbaijani dance and music. The group was prevented of participating in a festival in Istanbul city in neighboring Turkey by the Iranian authorities. The group was planning to participate in 20th Children of Turkic World Festival, which was held from 28 May 2014 in Istanbul, Turkey. On 7 September 2014, Ebrahimpour was summoned to branch 20 of interrogation section of Tabriz court and was accused of propaganda against Islamic regime and establishment of an illegal group. He was sentenced to 6 month in prison. He was then released on bail of IRR two billion.

Saeid Matinpour, a popular Azerbaijani cultural activist did not get leave from Zanjan prison for Nowrooz New Year holidays in spite of his family requests. 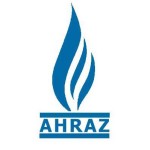